A concept that appeared at the beginning of the 20th century, modern office design has revolutionized the way work is organized.

The relationships that previously existed between hierarchical levels within the same company have become considerably simpler. This change is a significant milestone in office design.

Open space responds to the prerogatives of a new generation of workers for whom personal development and surpassing oneself are essential.

In short, the decompartmentalization process is the modus operandi of the open-plan offices.

In our projects, we take into account the evolution of the notion of work, which is gaining ground in more and more sectors of activity.

The standard in office interior design for technology companies

Many businesses already favor collaborative and creative life in the workplace, such as advertising agencies, design and architecture firms and specialized companies in events and video games creation.

We provide innovative design solutions to firms that want to integrate unconventional lifestyles into their environment, more in tune with the notions of the individual and interaction in the immediate surroundings. 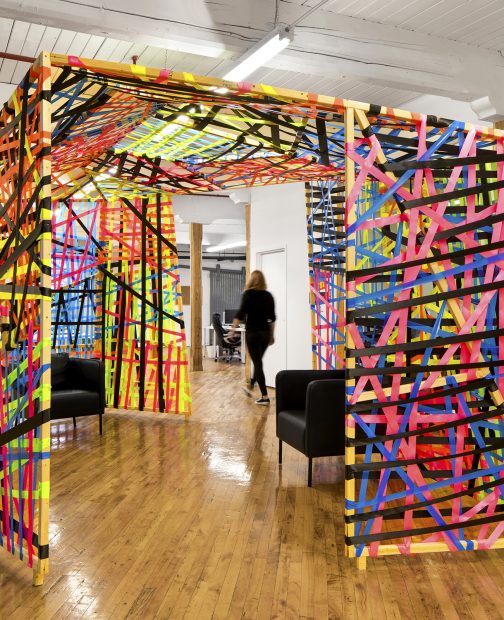 In fact, we offer a complete review of your workspace: a dynamic living environment, concerned about ergonomics and adapted to the reality of multi-tasking work environments. 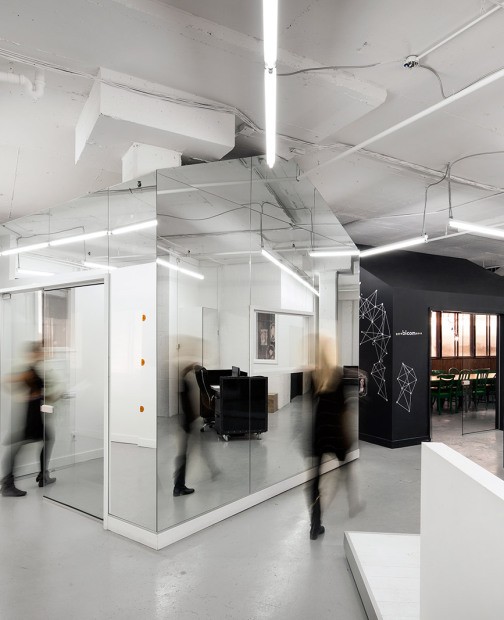 We create intelligent and modular spaces
that match your DNA 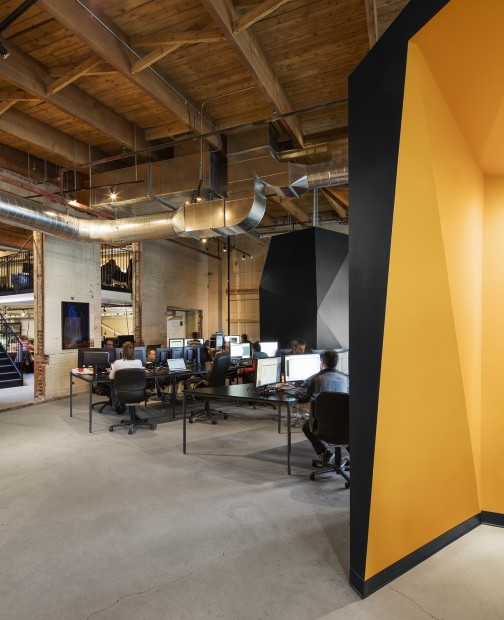 Our original concepts improve the interior architecture of a building, giving it rhythm and personality.

In an old industrial building whose raw original structure has been preserved, a firm specializing in advanced LED technology has been transformed into an immersive laboratory.

Thanks to our design based on lines and volumes, the new layout gives a lot of rhythm and movement to the space.

This concept reflects in every way the spirit of research of our client and the objects he develops. It is a particularly dynamic setting that is suitable for showing off the various colored lighting products that are created and tested on site.

Evolving and communicating spaces, in your image 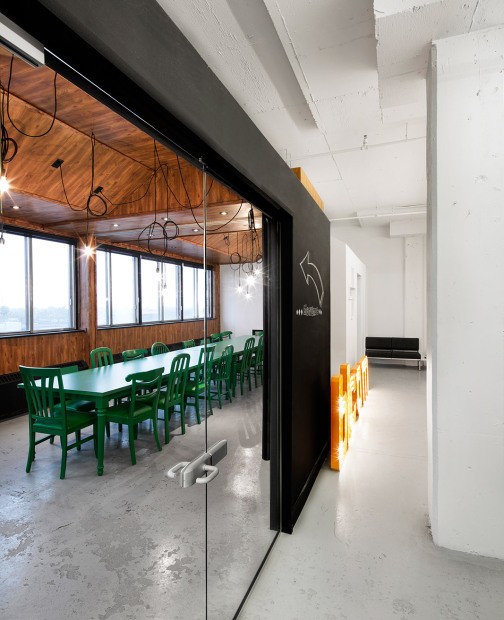